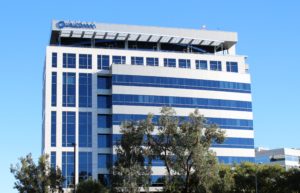 This week, Qualcomm held an event in Washington, D.C. to raise concerns about intellectual property creation, control and protection – and specifically against the rise of China as a technological powerhouse that could displace U.S. leadership.

The opening keynote by Susan C. Schwab, an expert in negotiating trade disputes at the University of Maryland’s School of Public Policy, spoke of a troubling future where trade is a weapon and control over global markets is the goal.

She was followed by Paul Michel, an ex-federal judge focused on IP protection, John J. Hamre, Chair of American Leadership at the Center for Strategic and International Studies, Katherine McFarland, Chair of the National Academies of Science Board of Army Research and Development, Ellen Lord, former undersecretary of defense for acquisition and sustainment, and Robert Atkinson, President of the Information Technology and Innovation Foundation.

In essence, the panelists argued that the U.S. process of procurement, which is cost-focused, is badly broken. It doesn’t collaborate well with other, more strategic government functions, and its excess focus on cost is restricting U.S. innovation severely and unnecessarily, particularly in cutting-edge defense projects.

Let’s talk about Qualcomm’s efforts to focus the government on protecting U.S. technical leadership – and the companies driving that leadership.

The panelists said China has heavily funded its efforts to take technology leadership and control of standards bodies by fielding hundreds of people to attend standards body meetings in order to dominate the effort.

China also aggressively funds development efforts and doesn’t seem to care if the companies they are funding gain profitability. As long as those companies demonstrate progress, they have a pool of money and resources they can pull from to keep operating.

This is in sharp contrast to the U.S., where only the Defense Advanced Research Projects Agency (DARPA) gets what amounts to a nearly blank check and isn’t punished for mistakes. The agency has a number of larger initiatives that span large U.S. corporations. This encourages innovation and doesn’t penalize executives who fail to reach the stars.

This is one advantage companies have over the U.S. government. Politicians will penalize you if you make mistakes in any other place, which leads to a decrease in risk-taking. Because innovation can only be sustained by risk-taking, innovation rates are likely to decline.

China is more cautious and surgical when it comes antitrust issues. The U.S., on the other hand, has been more rigid in its approach. The U.S. broke up Standard Oil and the U.S. lost control of world oil production. Japan gained dominance in consumer electronics after they dismantled RCA. And when they broke up AT&T, many of the beneficiaries would eventually become companies like China’s Huawei.

The panel argued that antitrust efforts should be focused on maintaining any market advantages the U.S. has instead of crippling U.S. companies if such moves send the related revenue offshore.

Government Needs to Allow for Profit

The panel wasn’t fond of how defense projects are funded and managed. Panelists argued that the people managing the bids were so focused on denying companies profit, the firms weren’t incentivized to find better ways to do things or even use more advanced technologies that would be far better once the defense system was put into production.

They argued that this process made sense when the government funded R&D, but now the companies tend to fund those efforts. Companies will be more conservative if there is no financial upside to taking on large risks. This will discourage new companies from entering this market. This means that consumers are paying more to get obsolete solutions as soon as they are released.

While panelists advocated for more businesspeople, I believe that this would make it more difficult for businesses to have a critical mass of people who are trained in both government and business to avoid business people getting burned out by governmental processes and political dynamics. Panelists stated that businesspeople are discouraged financially from learning about government processes. This makes it difficult to train people for these positions. People who can perform both of these roles effectively are non-existent today in the U.S. The U.S. is Competitive.

The entire event was focused on making the U.S. a better place to innovate, with a particular focus on military innovation so the U.S. can be prepared for the next war, which is especially prescient given what’s happening with Russia’s invasion of Ukraine (and the tangential cyber risks too).

The keynote speaker and other panel members made a strong argument that the U.S. government not only fails to support U.S. innovation aggressively enough, but it’s also making moves that appear to force innovation to follow oil and consumer electronics to other countries, especially China.

The biggest point was that politicians and government organizations, DARPA being the standout exception, fail to focus hard enough on U.S. success, and that needs to change before China is looking at the U.S. in its rear-view mirror, with respect to technology in general and defense in particular.

More on the business of technology: